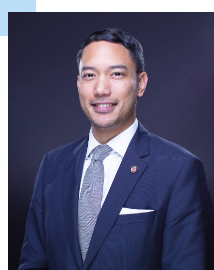 Miguel Sangalang serves as the Executive Director and General Manager for the Bureau of Street Lighting of the City of Los Angeles (LA LIGHTS). As the head of the agency his role is shaped by two major responsibilities: the upkeep and improvement of the city’s 220,000 street lighting infrastructure assets; and, the adoption of new tools and practices to ensure the city meets the needs of its residents well into the future. To that end, he is working to make street lighting a true neighborhood asset that reflects culture of the communities it illuminates, improves public safety, and helps bridge the digital divide.

Miguel has been instrumental in shepherding key mayoral initiatives, including CleanStat, which changed the approach to illegal dumping cleaning from a reactive, request-driven process, to a proactive, data-driven model, and MyVoiceLA, the city’s first centralized reporting tool for harassment and discrimination. He led the creation of the city’s open data portal early on in the administration and helped lead the City to certification as Platinum for ISO37120 (Indicators for a sustainable city and quality of life), Gold certification for What Works Cities, and three recognitions as the #1 digital city by Govtech. 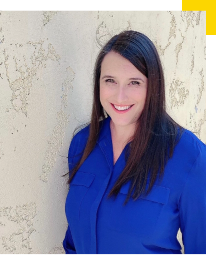 Megan Hackney is Assistant Director and Executive Officer of the Bureau of Street Lighting for the City of Los Angeles. She oversees the Community Services, Administration & Human Resources, Field Operations, and the Smart City Group and Information Technology divisions. She has over 21 years of experience with the City, 17 of which are in the Department of Public Works. Prior to her current assignment, she worked as a Senior Labor Relations Specialist in the Office of the City Administrator, conducting Labor Negotiations. She began her public service career out of college with the United States Census Bureau.

Megan was born and raised in Long Beach, CA and earned her Bachelor of Arts degree at UCLA in Environmental Studies, where she became interested in exploring problem-solving approaches to environmental and social issues. 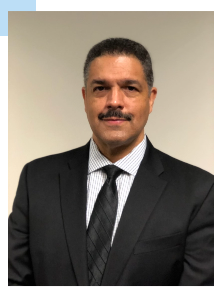 Kerney R. Marine is Assistant Director for the City of Los Angeles Bureau of Street Lighting. He brings over 32 years of street lighting and illumination engineering experience. As Assistant Director, he oversees all street lighting engineering, design, and construction divisions. He is a registered Professional Electrical Engineer with the State of California and a member of the Illuminating Engineering Society of North America (IESNA). Kerney has a Bachelor of Science in Electrical Engineering from California State University, Long Beach. 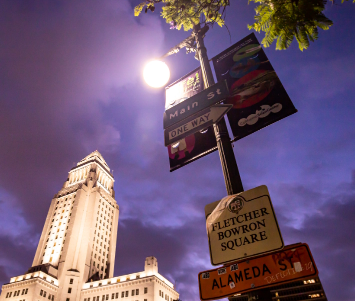